In this series of blogs we will examine all topics under the information security umbrella. From corporate blunders to rogue state attacks to the occasional celebrity hack, we believe there is something for businesses and individuals to learn from any cyber security event. We also believe that, while experience is the best teacher, sometimes it’s best to let other people make the mistakes for you. 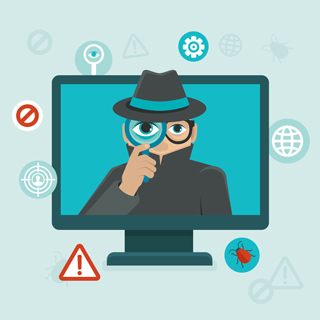 Just to recap, Sony is still hurting from the hack(s) but scored a win with their release of The Interview, which grossed a solid $31 million in on-demand views since releasing on Christmas Day. Take that, hackers. Oh yeah, and just to remind people that crime doesn’t pay, although the US government denied any involvement, there was a DDoS attack on North Korea’s network that crippled it with laughable, though albeit not terribly surprising, ease. It seems as though we don’t take too kindly to being bullied about what we can and cannot watch over here, doesn’t it?

Never to let an opportunity slip, however, a crop of entrepreneurs have been riding the wave of corporate security failures and all of the attention surrounding them. Enter, the birth of impermanent business messaging or, as I like to call it, SnapChat for adults. Ephemeral messaging, as it’s more commonly know, has been around for a while but, with the exception of every parent’s worst nightmare application, the $10 billion giant SnapChat, it hasn’t been as commonly used outside of the non-tween population.

Start SnapChatting Your Spreadsheet
Well, share your spreadsheet with the confidence that it will be secure, at least. There are now a host of ephemeral messaging applications that businesses can use to recall, delete, edit, and even set an automatic Mission Impossible-esque self destruction. Seriously, that last part is pretty awesome no matter how you slice it.

Some of these have been around for longer than you think already, but they each have a certain appeal to them. Here are a few of the better-known options-

No-Nonsense Security
For some business communications, there is nothing more important than total reassurance that the data will be secure throughout the transmission. Wickr makes a strong case for itself with its heavy-duty focus on security and privacy. Though it has begun integrating a host of more playful features common in similar apps, that is just to soften in hardcore edges. Wickr’s real identity has always been in Secret Agent encryption and Illuminati caliber client anonymity. Wickr prides itself on corporate transparency, uses military grade encryption (seriously, these guys are legit), and has a no-nonsense privacy policy that isn’t trying to put one over on you. In a nutshell, they don’t use your info nor will they sell it. Ever. And they never will.

Set It And Forget It
Before I get you too hyped up on this program, I have to let you know that you can’t exactly have it yet. Pluto Mail is totally capitalizing on the velvet rope theory. Ah, the return of the Google invite strategy for a beta and, yes, this one is working. The app connects directly to whatever email program you’re using and comes with automatable preferences for email expiration, plus it has the ability to track email openings and edit or recall email at any time. I believe this program will appeal most to those folks who want to be able to just set their preferences and be done with it.

For the Social Crowd
Strings is decidedly less of a business tool, and more of a tool . This app is based off of the concept that not all messages are created equal, or to put it more accurately, not all messages are as mortifying should they get out into the wrong hands. By keeping that in mind, this app is unique in that each message is something that you can control from start to finish, similar to On Second Thought that gives you a window to recall individual text messages. Recipients of a Strings message have to ask permission to download the content, are sanctioned for attempting a screen shot (seriously, three strikes and you’re booted from the app entirely!), and they can have the message removed from them at the discretion of the sender. There are some other features but this app seems to be in the same vein as quirky uses of ephemerals like Designated Dialer that will disable your messaging for a period following a bit too much revelry. Speaking of debauchery and phones, Drunk Dial NO! can disable certain numbers so you don’t reach out in an compromised state. No comment.

Chances are good that the rapidly increasing adoption of ephemeral messaging is nowhere near slowing down just yet. I’d suggest that we probably aren’t that far away from seeing these technologies becoming standard features of native messaging services like Gmail (no word yet on the new Inbox app from Google) and iMessage, either. However, remember that no matter how elaborate your encryption, no matter how impenetrable your firewall, each system is only as strong as its passwords. Make sure to keep your company’s investments in information security valuable by taking measures to keep your passwords effective. Don’t be the, “password123,” guy. That’s going to be tough to live down.

If you have any questions or concerns about how your VirtualPBX system is protected or you’ve made such an incredibly powerful password that now you seem to have forgotten it (don’t worry, we’ve all been there), don’t hesitate to give our award-winning Customer Support team a call and see how we can help.

Good luck out there.

PrevPreviousHow To Set Up Voicemail
NextOut of Office: Can Your Business Keep Up With You?Next