VirtualPBX’s What You Need To Know: SIP Trunking vs PRI

VirtualPBX’s What You Need To Know: SIP Trunking vs PRI 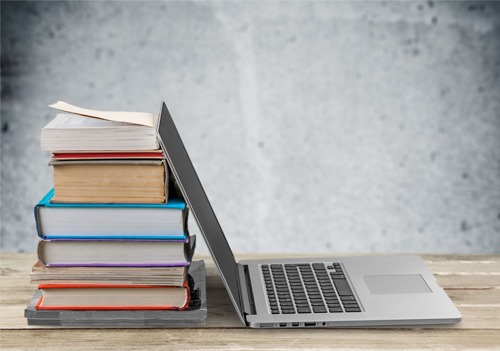 We have a lot of people asking us to clarify various terms they’ve heard during their search for the right hosted telecommunications solution for their businesses. One reason that’s so common is that not every company focuses as much on education and support as they do on sales. Because we take Customer Support so seriously, though, we’re happy to help with anything you need, even if it’s just a bit of edification. Today we’re examining the two related technologies of SIP Trunking vs PRI, their similarities, differences, and best uses. As will become clear by the end of this blog, this is one of the more disproportionate pairings of technologies we’ve ever reviewed, too. Suffice to say, we’ve narrowed the bulk of what you need to know into three categories- Efficiency, Capacity, and Costs. After reviewing these three areas, you’ll be an expert on the differences between SIP Trunking and PRI.

PRI (Primary Rate Interface) and SIP (Session Initiation Protocol) Trunking are very much related in the sense that PRI is simply the precursor to SIP Trunks insofar as addressing the same challenges is concerned. That said, unlike other technologies that have a legitimate coexistence for a variety of reasons ranging from experiential to personal preference (think about vinyl records versus digital audio files), these two technologies coexist simply because the former hasn’t completely been phased out yet. Much like the original steam engine that revolutionized intercontinental travel, PRI systems allowed for more flexibility and capability for business-based PBX telephone arrays. However, much like the original steam engine being supplanted by more efficient locomotives, SIP Trunking addresses the same challenges while accomplishing much more in the process. Taking the efficiency of the PRI system into consideration, this is immediately evident. A PRI was designed to bring dial tones to businesses that had invested in on-site private PBX hardware. The problem is that both voice and data connections were static through this connection and that created two problems. First was that there was no way to limit voice and data connections meaning that it often resulted in an inefficient earmarking of bandwidth by constantly allotting space for each regardless of its actual traffic at any given time. Second is that PRI’s also have no way to employ QoS (Quality of Service) rules that can protect the quality of voice connections by dynamically increasing or decreasing the allotted bandwidth to channels base don their use. SIP Trunking is totally QoS compatible (provided the on-site PBX hardware is QoS Enabled) and can be optimized to always prioritize voice traffic over data traffic so that calls continue without interruption.

Another area where SIP Trunking represented an improvement over PRI was in overall capacity. These systems, by definition, will only ever be required by organizations that have the need for multiple simultaneous channels. In lay terms, businesses that have multiple simultaneous telephone calls. The introduction of PRI was exciting for businesses because it meant that they could have 23 channels of voice traffic and one ISDN (Integrated Services Digital Network) channel that addressed the Post-Dial Delay issue of calls taking an additional 10 or more seconds to connect that had plagued businesses with their own PBX equipment up until that point. However, as another testament to the efficiency of SIP Trunks over PRI, part of their way to address this was also successful in expanding their capacity, as well. First of all, because SIP Trunks deliver dial tones that come from the same DNA as hosted VoIP (from the cloud, infinitely expandable and customizable), they can expand a company’s number of channels to any number of concurrent conversations that it needs or that its data connection can tolerate rather than only coming in allotments of 23 channels. Additionally, SIP Trunk channels are already capable of addressing the Post-Dial Delay without a dedicated ISDN channel, as well. While the theoretical ceiling of the number of channels that can be run through a SIP Trunk is nonexistent, the reality is that most businesses will opt for a set number of channels with an additional number “burstable,” or flexible and expandable channels that only activate with spikes in traffic in order to cut costs.

Possibly one of the most commonly asked questions whenever we review any technology is about cost. This is one time when the answer expands into both the actual dollars and cents that a company will need to pay in order to implement SIP Trunks and PRI systems, and into the opportunity costs of doing so, as well. First of all, the initial costs of a telephone system that needs either a SIP Trunk or a PRI will mostly be already be paid for. That’s because these are systems that only work for businesses with their own, existing, on-site PBX hardware. Acquiring that type of equipment is expensive and typically wouldn’t be the first solution for a new enterprise, rather it would likely belong to a company that has been in operation for a while already and had acquired it before fully cloud-based PBX options had become available. That said, the PRI will cost, in general, at least $300-$400 a month to operate with an additional fee per channel which is far more than even the best SIP Trunking options on the market. Additionally, a professional telecommunications provider can deploy SIP Trunking in as little as 10 minutes, whereas a PRI installation will take at least 30-45 business days. And for businesses that have as much call capacity as it takes to need these services, over a month without being able to handle those calls is a month too long.

SIP Trunking vs PRI: The Verdict

Like we mentioned early in the blog, comparisons of these two technologies is almost unfair simply because they were never even meant to be competing technologies. Instead, SIP Trunking is the logical next best option that is entirely designed to improve upon the path that PRI systems set out. That said, there are still PRI systems in place and many of them belong to companies that have no impetus to change because their needs are met and they already own the on-site PBX hardware that the PRI connects to. Even for them, however, it may be worthwhile to consider a switch to SIP Trunking for both the opportunity to optimize their networks for QoS and for their potentially hundreds of dollars in monthly service charge savings. Either way, we’re thankful for the Facebook and Twitter communities for asking the questions they have about PRI and SIP Trunking. Also, we know that for the more hardcore telecom folks out there we didn’t even scratch the surface about all of the nuances about these technologies like TLS Encryption, Delayed Media, or P-Asserted Identity. For you information on those and other topics pertaining to SIP Trunking vs PRI, visit our SIP Trunking FAQ compendium for some more, um, “light reading.” Please feel free to keep those new suggestions rolling in and we’ll be happy to continue offering the finest Unified Communications Products and Services, plus the education to support you in choosing them, that we can!