It’s no secret that we love Halloween around here. Seriously, it’s so obvious that sometimes “love” may even be a bit conservative. As a group of fanatical Halloween aficionados are wont to do, we’ve begun our spooky preparations well before the 31th of October. Because we also wanted to help you get into the spirits, ahem, spirit of the occasion, too, we’ve decided to offer you a chance to update your office communications in a most seasonably appropriate way. From now until the end of the month, you can blow the cobwebs off of your old desk phone because we’re offering a Buy-One-Get-One Free on VoIP Phones Promotion for the month of October!

This BOGO deal is designed to get you to feel comfortable ditching your old technology for something new and sleek without breaking the bank. Some of our customers have been with us for the entire 20 years that we’ve been in business, and some of them are even using VoIP phones they got shortly after joining. It was then that we conducted a quick survey to see a cross-section of the average age of the telephones and on-site hardware that people were using and, to be kind, calling a few of the responses ghastly may be a bit of an understatement. That’s not to say that there’s anything wrong with an older phone, but maybe you’ve noticed, telecommunications hardware technology has improved a bit over the past two decades. Using the Halloween theme to extend this a bit further, think about the haunted house at the end of the road in every scary movie you’ve ever seen. Is it a split-level minimalist design with an open floor plan and a living roof? Or is it a dilapidated, ramshackle tenement with open sewer smells and possibly something living in the walls? All we’re trying to say is if your phone was around for the first broadcast of War of the Worlds, maybe it’s time to take advantage of this killer BOGO VoIP Phone deal. Plus, with these great options from Cisco, Polycom, and Yealink, you really shouldn’t need any more motivation to upgrade. 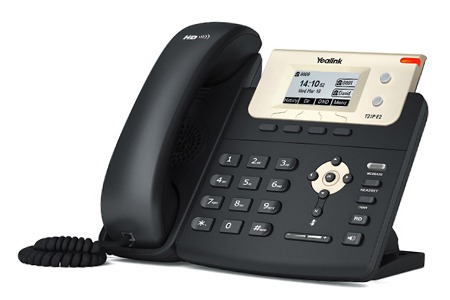 The Only Thing Scarier Than Old Phones…

Is, of course, wastefulness. We don’t want you to think that just because your old phone may be half in the grave already that tossing it into the trash heap is the best way to deal with it. Just like there’s a special way to dispose of a vampire’s body to ensure it won’t rise again to wreak havoc on the countryside once more, there’s also a right way to deal with your old e-waste, too. After you’ve pulled the trigger on your new BOGO Phone Deal, make sure you use our Hardware Recycling Guide to keep the valuable metals in your old phones going to good (re)use and to keep the harmful chemicals in the rest of it from going into the environment. Plus, many times it’s as easy as dropping them off at a local electronics retailer, too, so there’re no excuses.

And, of course, this deal may be almost too good to be true, but it isn’t here forever. Just like the idyllic scenes in the beginnings of all horror movies are destined to unravel, the savings from our Buy-One-Get-One-Free VoIP Phone Deal are going to disappear at midnight on October 31st, so celebrate Halloween and act now… before it’s too late!